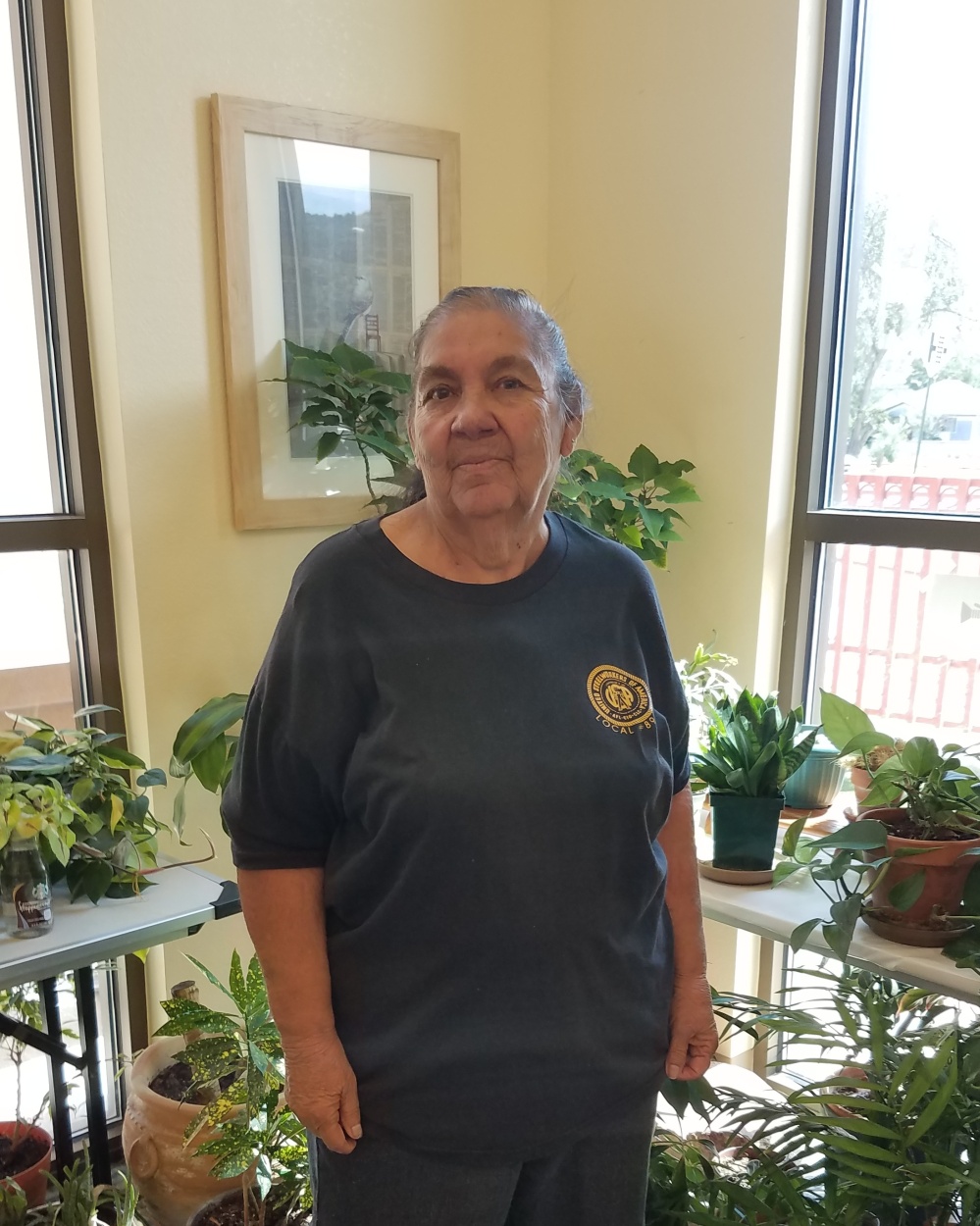 When the strike was going on, I was about 8 or 9, and I didn’t really understand what was going on. I would really like to go see where they were striking now because we would take them food, and my grandfather was one of the main strikers. My father worked at the Kerney mine, even though he wasn’t a part of it he was very supportive. We would just go and play. They had two picket lines, one at bridge and one on the other side, and the men were in between, so the scabs couldn’t get through. He went on top of the hill with binoculars to go look at the scabs. I didn’t know what a scab was at the time, but my dad told me that it was someone who wasn’t supposed to be working, someone who broke the line. I had some cousins who were scabs, even though our whole family was so united. When the strike was over they moved to Las Cruces.

I grew up in Fierro, and there is nothing there now because the mine is taking over. We all grew up over there. We had a school, and I started 9th grade in Cobre. The school is gone but we put a plaque up there to remember the school. In 1968, we started the Fierro Preservation Association. We were able to preserve the church and the cemetery, and we were able to get a lifetime contract with the company. So it doesn’t matter who takes over, we will always have money to take care of the buildings. The mine is very supportive; they give us money every year. They work the roads, they provide security, and of course the money every year, depending on their profits.

So we’ve always been union. My grandfather and my dad were in the mines in Kerney, the miners put a star up on the mine and it is still turned on every year. I drive over there still just to see the star that they put there because I grew up with that star in my life. My grandpa was in the movie. He’s in the jail, right there in front, holding the bars. I thought it was a good idea that they were out there fighting for their rights. I don’t remember when the union got started because we were always union. We used to hang out at the union hall and have Santa Clause and halloween parties there, and all kinds of parties: graduations, baptismals, we always used that hall. We used to party with Juan Chacon, and other big shots would come to the hall. And my son was working in Santa Rita until the union decertified. He and I weren’t very unhappy because he was always at the union hall helping out. He was very upset, and now he works in Tyrone. My son is the one that gave me my t-shirt and jacket. I think it’s important today because it gave people rights they didn’t have. My uncle died in the mine around age 20. I remember my grandma dealing with his death. The rights for their safety and burial place are still very important and that is probably where I am going to get buried. The lifetime contract makes the cemetery free for our families. The history has never been forgotten. Union has been instilled in me my whole life: union, union, union. We got a lot of benefits that were used too. And I ended up president of the carpenters union with those same values. I helped organize Fort Bayard Medical Center.

In Ft. Bayard, there used to be a VA hospital and in 1965 it was given to the state. I started in ‘66. They were bringing us people from Vegas and all over. And now it is deteriorating and it’s sad for me to see it go. I think that we should preserve as much as possible, including the beautiful two story homes and other buildings in Ft. Bayard. It should be preserved as a historical site. They wanted to put some of the buildings to use, but we are still waiting to see what is going to happen. Some of the kids from Americorps come and clean up but it’s just sitting there and deteriorating.

I think the hall should be preserved for rentals or for parties, even some of it can be preserved as a museum. I think it should be kept as a local place for the community. I was apart of the 50th year anniversary Symposium, and I’m proud to be apart of the history and the story because we’ve always been a mining family.