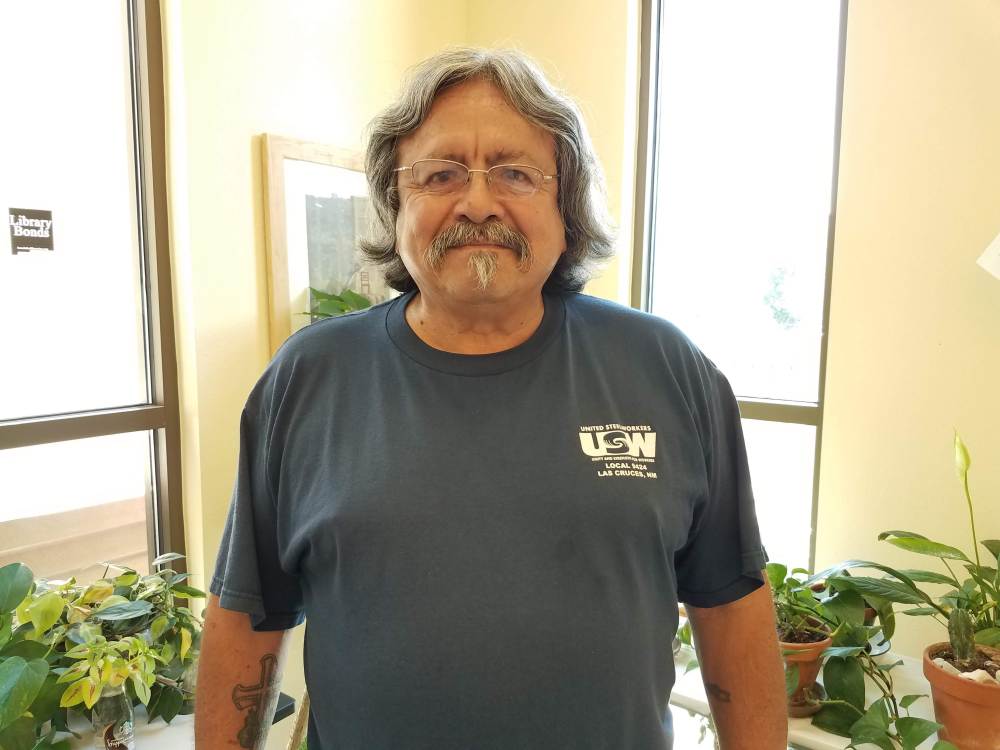 I moved here to Bayard in 1979 working construction as iron-worker and carpenter. I was 29 years old. I first learned about the film and strike while I was living in Fullerton, CA from Tuddie Chacon, cousin of Juan Chacon Jr..

I live in Santa Clara now but have lived in various parts of Central Mining District over the past 40 years. I was the shop steward of Local 890 Cobre Consolidated Schools. My job involved hearing the grievances between support staff, laborers, and administrators in the school district. I helped the school district protect the labor rights and observe labor policies for their employees.

As a union met in the Local 890 union hall regularly. We heard grievances at the union hall. We had social events at the hall like weddings and quincineras. I attended a number of functions at the union hall until it was decertified in October 2014. Before it was decertified there was a big concert with barbque and speakers. John Chacon’s cousin Laurie Ann Chacon from Redlands, CA was the featured singer. The organizers were trying to build community support for the union 890-9424.

I retired in January 2016 after the union was decertified from the mines. We were still flying the union flag for the Cobre school district. There were 85 eligible employees from Cobre schools but there were only 5 paying members when I retired. After I retired I’m not sure what became of the Union Hall. Local 9424 changed the locks and no one was able to use it anymore.

I was there the night the union was decertified. It was dark day for the county that moment. We were sitting there with the workers from the mine with our heads down after the news came out after the vote. The miners union was gone after more than 70 years. There was no more revenue to keep the hall open and operating after that.

The union hall is still an important place to our community because of its history for all women, men, and children. The suffering they went through is part of our story here. For future generations we need to hang onto the story about how we arrived to this historical moment. Our community is paying the price now for losing the union and losing our history.

I would like the union hall to be preserved and protected. We have a community center for parties. We need a museum for historical purposes so we never forget.